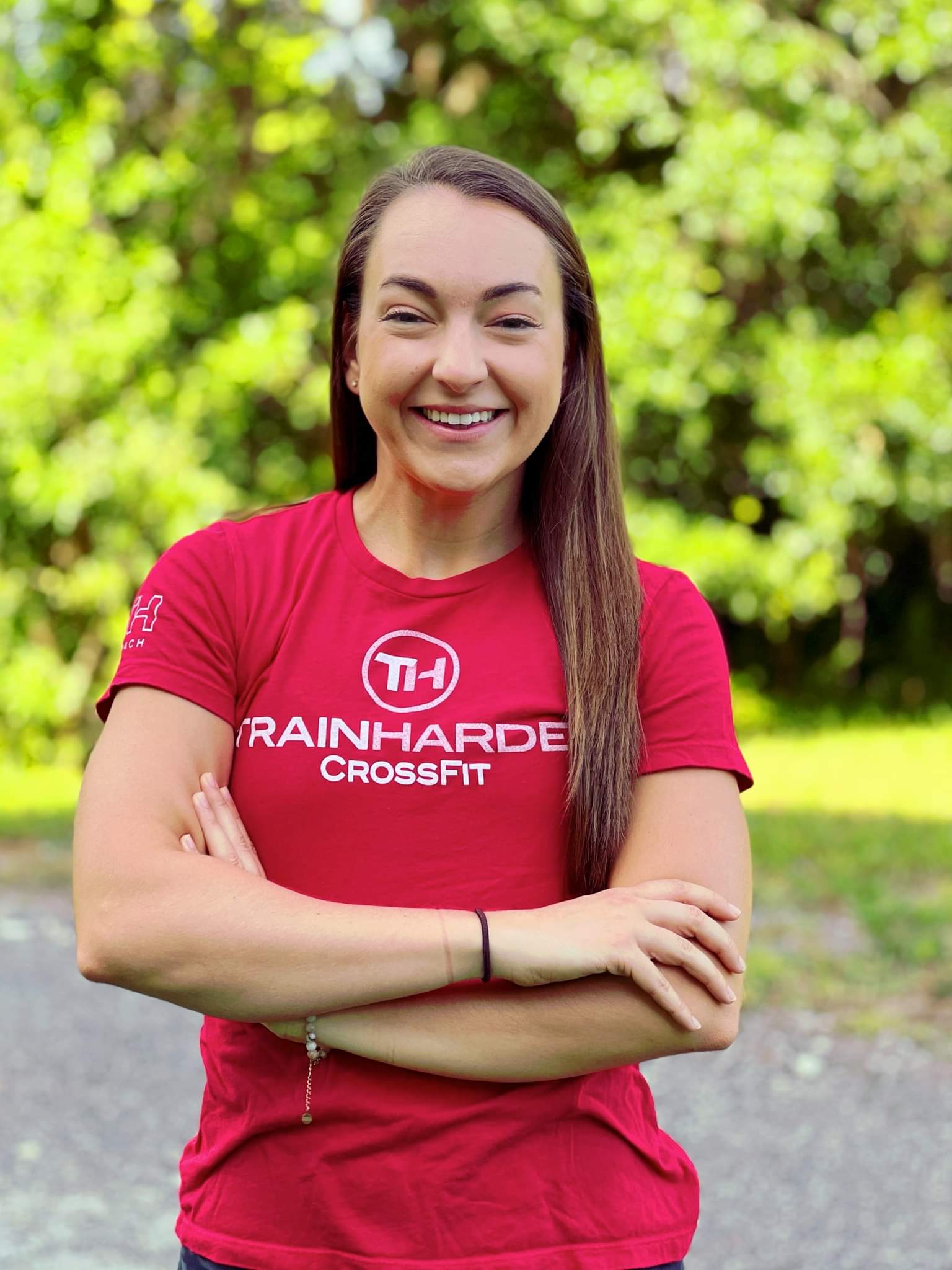 When it came to CrossFit Erin was all in starting with her first class as a student. The path to coaching she took is one that we like to see. She showed interest in coaching classes here very early on her CrossFit career. She took it upon herself to stay after class and start to learn as much as she could. With her interest in Weightlifting as an athlete she soon took the initiative to go get her USAW Level 1 and shortly after she starting shadowing and helping Coach Jordon out with Barbell Club.
Much of what she learned in her time helping with Barbell Club could easily be applied to coaching CrossFit so the progression to CrossFit Coach was the next logical step. She took it upon herself to go get her CrossFit Level 1. Shortly after that she starting taking people through foundations classes and did an amazing job with that. The rest is history as they say.
You can now find Erin coaching both CrossFit and Weightlifting classes several times a week. She continues to take CrossFit, nutrition, Weightlifting and health/fitness courses and is constantly on a mission to  “Level Up.” We are happy to have her on the Train Harder Team.